Inside a Church of Scientology

In a get-rich-quick scheme, Marc and Claire Headley tried filing twin lawsuits against their former Church, seeking millions in damages. Filed to smear the Church in hopes of getting paid off, the Headleys conspired with fellow anti-Scientologists to file complaints with federal officials in an attempt to instigate an investigation on false accusations.

This was supposed to be a “test case” that they hoped would harm the Church. In the end, however, it blew up in their faces. Their salacious allegations and investigation went nowhere, and it was the Headleys and their lawyers who were the losers.

After reviewing the evidence, U.S. District Court Judge Dale Fischer ruled that the Headleys disputes “lack merit, and do not create genuine issues of fact.”

After reviewing the evidence, U.S. District Court Judge Dale Fischer ruled that the Headleys disputes “lack merit, and do not create genuine issues of fact.”

The lawsuits were dismissed in 2010 by this Los Angeles federal judge, who further ordered the Headleys to pay the Church $42,000 in costs for filing the frivolous case.

Hoping to get a more favorable verdict, the Headleys’ lawyers appealed the judgment—to no avail. California’s Ninth Circuit Court of Appeals ruled unanimously, and even more explicitly that the Headleys “…repeatedly showed by word and deed that they enjoyed their work… performed it willingly… [and] were free to leave at any time.”

California’s Ninth Circuit Court of Appeals ruled unanimously, and even more explicitly that the Headleys “…repeatedly showed by word and deed that they enjoyed their work… performed it willingly… [and] were free to leave at any time.”

Always after money, two years before filing their frivolous lawsuit against the Church, in an unrelated case the Headleys sued a security firm after one of their security guards detained Marc Headley, claiming he was trespassing by swimming in an apartment pool. In a statement on file, Claire Headley ironically declared about that security firm (not related to the Church in any way), “in 15 years of apartment residence in California, NEVER have my husband or I been subjected to such physical abuse, harassment or treatment as we received at the hands of your ‘Security.’”

The demise of the Headleys’ lawsuit against the Church ended their hopes of riches through litigation and for a federal investigation into their accusations. But it did not end their obsessive harassment of the Church, its leader and its members.

Desperate for money, Headley also self-published a hate-filled rant of fiction about his “experiences” in the Church.

The book was so sordid and incendiary that a sailor admitted to law enforcement investigators that he was incited by Headley’s book to threaten sending a “vehicle borne IED” [Improvised Explosive Device] to the residence of the leader of the Church, another to a Los Angeles Church of Scientology and a third to an elementary school utilizing Founder L. Ron Hubbard’s education methods. So serious were the threats, the facilities were evacuated. NCIS (Naval Criminal Investigative Service) investigators reports identify Headley’s book as the sole cause of the threat. The dupe who was incited by the book was found guilty and dismissed from the Navy in addition to other penalties.

But for Headley that wasn’t enough. Headley’s sick hate is exemplified by his depraved Internet postings. While selling himself to the tabloids, Headley posted hundreds of vindictive messages—anonymously of course—reflecting a crass, gutter mentality too low even for the tabloids. His postings included depraved sexual fantasies and malicious taunts.

One in particular that should be noted included a disgusting, insensitive reference to a Church attorney’s daughter who died in a tragic electrical accident:

I am getting deposed by Ken Moxon tomorrow, so will let you know how that goes. Sounds like lots of fun. I will tell Ken Moxon ‘hi’ for everyone in between talking to him about his daughter. Was thinking about bringing him some KFC, but figured that might appear to be bad taste on my part. Maybe El Pollo Loco? We’ll see what happens. I know I should be better prepared, you would think with all that OSA has been doing to get prepared for this, I would at least know what kind of chicken I would be bringing. Before I forget, I want to say hi to Davey, Tommy, Warren and Kirsten as well as any other RTC or OSA guys I forgot. Hope you got the lube I sent and if you do end up in Supermax, I can get you a deal on a subscription program!

The “lube” reference above was to another scatological posting by Headley about the ecclesiastical leader, in which he stated:

I just sent Costco size tubs of lube and first aid/sewing kits to both Dave Miscavige and Tommy Davis [CSI Spokesperson]. If that does not give them a heads up, nothing will.

I sure hope Tommy Davis and Dave Miscavige get in a lot of quality time with each other over the next few weeks. … “Don’t Explain.

Headley is now a full-fledged mask-wearing member of Anonymous.

Headley and his wife also gleefully hooked up with Anonymous, the cyberterrorist, hacktivist group some of whose members have been charged, convicted and imprisoned for criminal acts. Headley is now a full-fledged mask-wearing member of Anonymous, showing up in staged anti-religious rallies to taunt and harass parishioners going into Scientology Churches. His is the same group that has attacked government and corporate websites worldwide, after originally attacking Church websites and threatening its members with arson and murder.

Marc Headley is a sick pathological liar who was kicked out of the Church after he was caught selling stolen equipment on eBay. Never more than an assistant or a low-level technician on film shoots, Headley inflates his positions with the Church while admitting under oath that he feeds the bottom of the tabloid barrel as a paid source.

When he took off on his motorcycle from the Church in 2005, Marc Headley left a long trail of deceit, lies, violence and sadistic pain inflicted on others. Still seething that he was kicked out, Headley lurks on the Internet fringe spreading hate and lies about the Church. His most epic failure was an ill-fated effort to harass the Church through a frivolous lawsuit that blew up in his face when it was tossed out on summary judgment, with the court ordering him to pay the Church $42,000 in costs.

Headley’s real story is of a small-time, lazy audiovisual technician for the Church who lied and deceived everyone and anyone. It was the secret scheme of selling Church-owned projector equipment—then lying about it when he was caught—that led to his being expelled. Documentation shows that over $15,000 went into his personal PayPal account. Though Headley finally confessed to the crime, the night before he was to face further questioning he got on his motorcycle and rode off, never to return, and followed a short time later by his wife, Claire.

A subsequent investigation of Headley’s work history revealed a host of lies, physical threats and bullying committed mainly against female and young co‑workers, for which he was disciplined.

One staff member recalled Headley’s treatment of a female staff member: “Headley then shoved her with quite some force and told her to get out of his way,” and in another instance, “One day I was concentrating on my work when he came in and started hazing me. He called me various gross and disgusting names to the point I was totally upset and distracted from working.”

A subsequent investigation of Headley’s work history revealed a host of lies, physical threats and bullying committed mainly against female and young co‑workers, for which he was disciplined.

Headley’s first moneymaking scheme after leaving the Church was to contact tabloid media to offer to feed them—for a price—made-up tales about the Church and its prominent members. Headley tried to profit from his imaginary link to famous people even though the truth was he never was in contact with them. His stories continually morphed—he has told three entirely different versions to the media of a tale about a famous parishioner who wouldn’t even recognize him if the two passed each other on the street. Headley can’t keep the stories he makes up straight, proving he’s a pathological liar.

In fact, Headley just makes it up as he goes along, almost always for money. He was forced to admit under oath that he was on the payroll of the defunct, scandal-ridden News of the World as well as Bauer Media’s Life & Style, receiving some $35,000 as a “paid source” spreading false anti-Scientology propaganda throughout the tabloid press.

Headley was forced to admit under oath that he was on the payroll of the defunct, scandal-ridden News of the World as well as Bauer Media’s Life & Style.

In a desperate attempt to prove himself a “source” worth paying, on several occasions he showed up at Church facilities with video cameras to harass Church members in hopes of provoking reactions he could post on the Internet. He failed—Scientologists ignored him and went on about their business.

What Marc & Claire’s Family Have to Say

What Marc & Claire’s Former Colleagues Have to Say 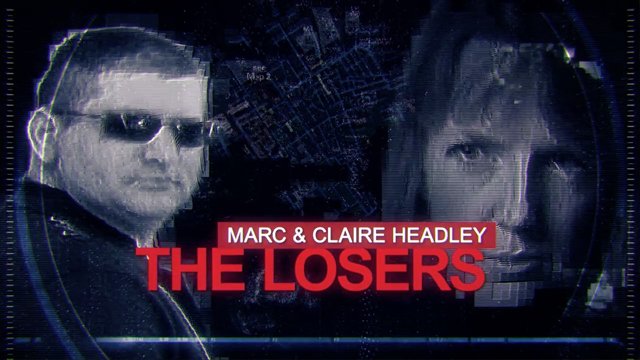 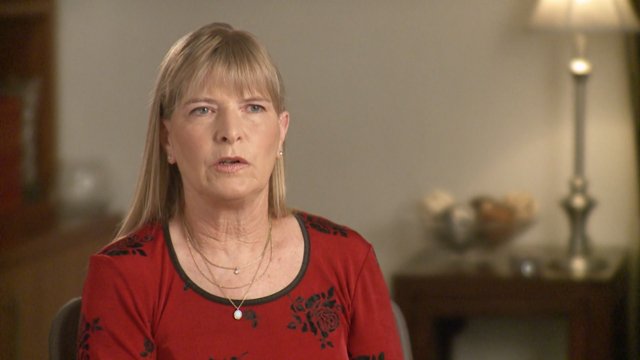 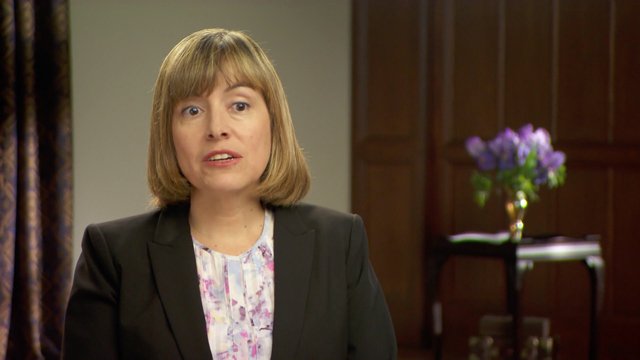 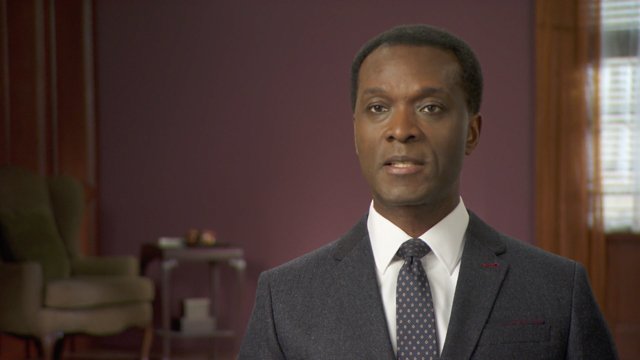 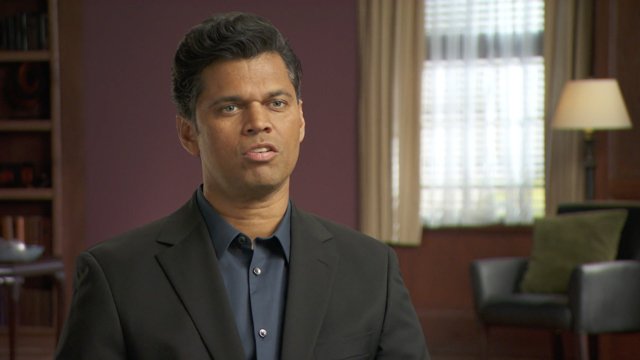 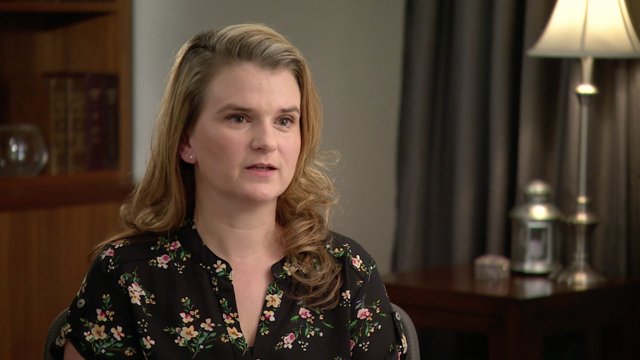 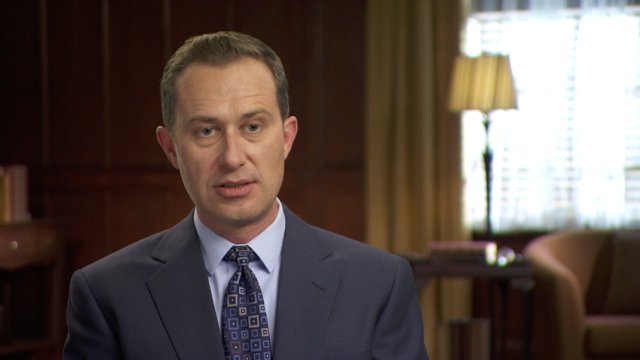 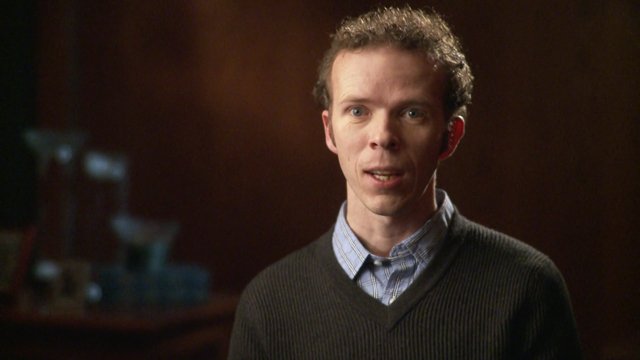 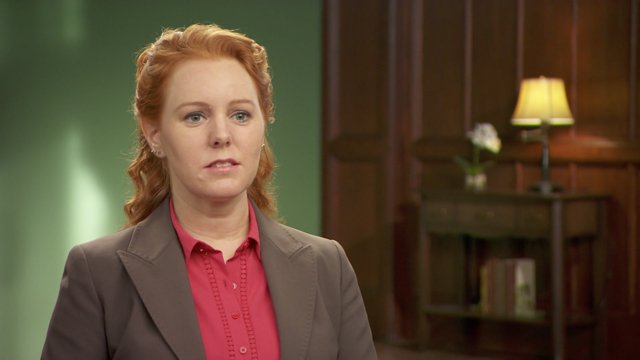 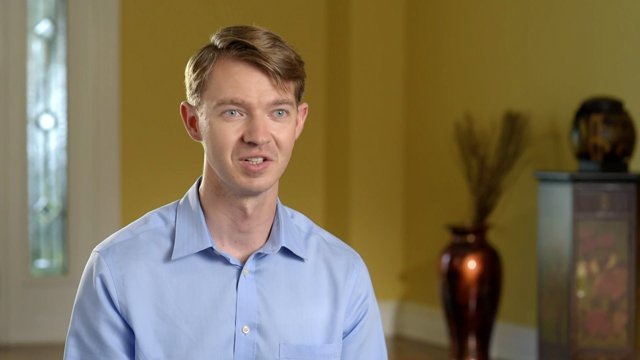 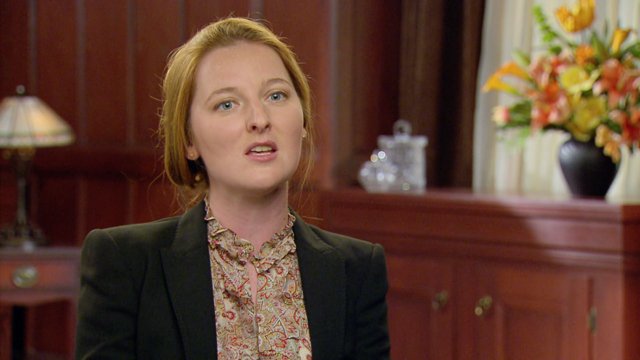 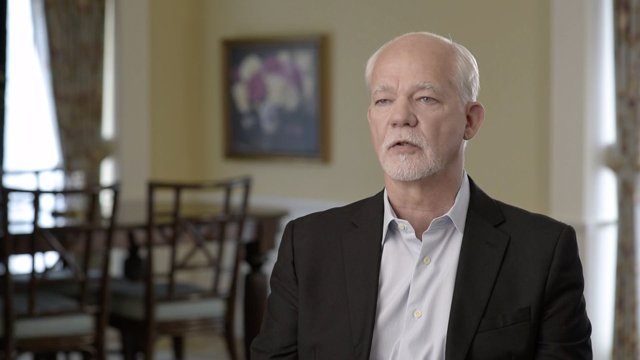 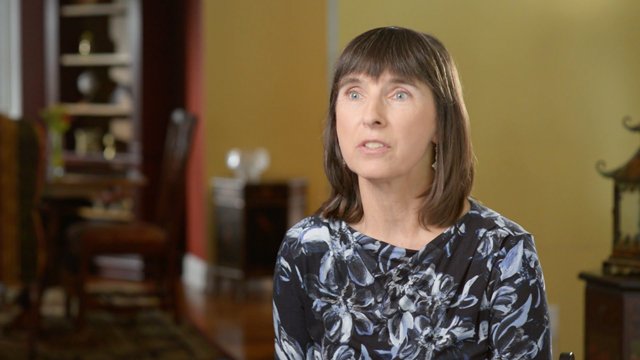 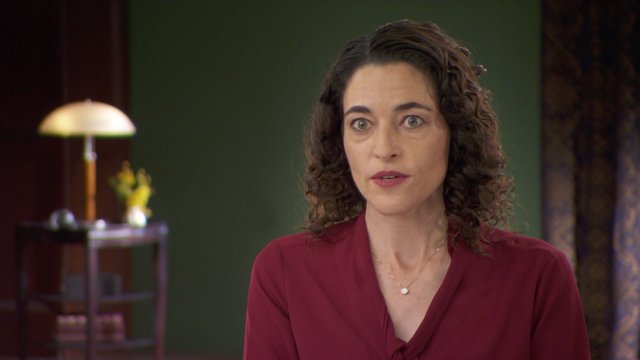 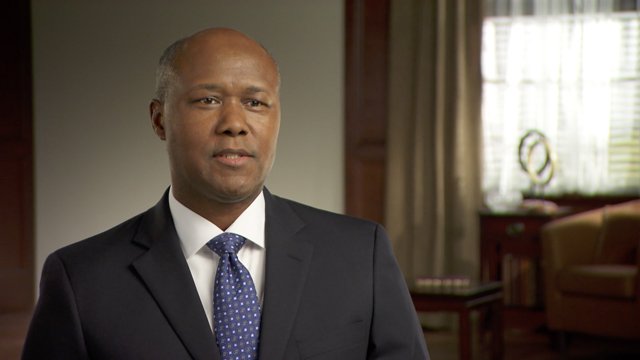 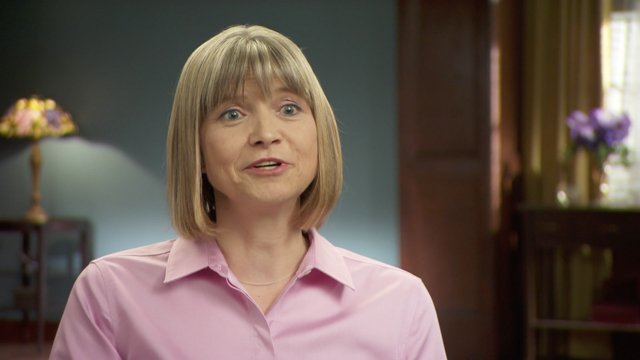 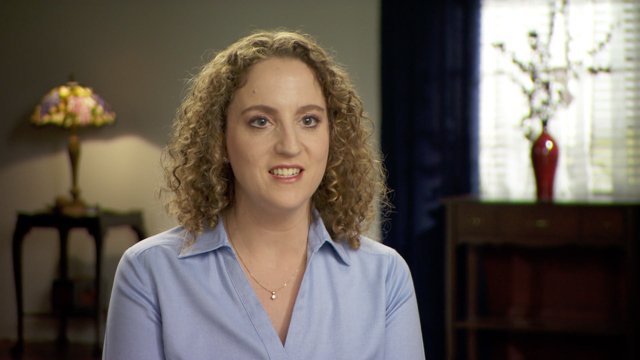 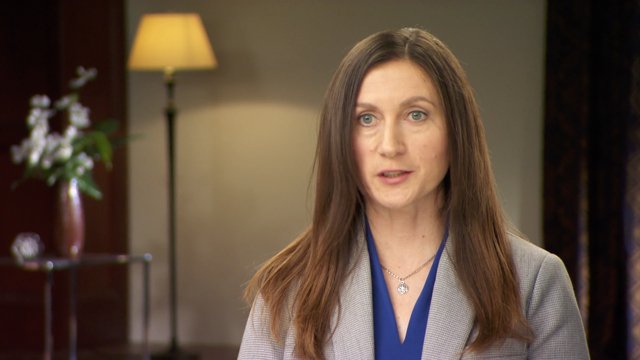 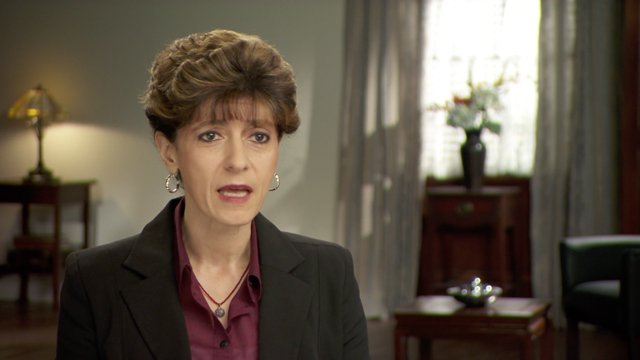